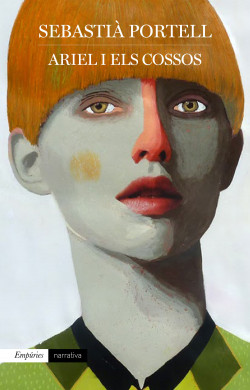 Ariel And The Bodies

As though in homage to Virginia Woolf’s Orlando, Ariel and the Bodies introduces a character who is seen first as a man, and then as a woman.  First in a relationship with someone called Eugeni, a young man of twenty who loves him with great madness and confusion. After a terrible accident, with the car plunging into the void, Ariel disappears in a way impossible to understand. When she reemerges, she is treated as a woman by David, a sculptor who writes her letter after letter, though none of them reach their destination.

Highlights Ariel And The Bodies

After publishing The Day David Bowie Died, Sebastià Portell confirms his literary talent with Ariel and the Bodies.

With echoes of Virginia Woolf ’s Orlando, and André Aciman's Call Me By Your Name, Sebastià Portell creates a human being that goes beyond gender dualities. Ariel is neither a man nor a woman, and cannot be defined with outdated lexicon.

Despite the binary nature inherent to a diptych, Sebastià Portell crafts a work whose form is highly consistent with its theme of multiplicity: told in a series of psychiatric sessions, a madman’s journal, poetic descriptive attempts, “soul footnotes”, emails, letters never sent, drafts of a novel that reads like a dark fairy tale, and plenty of blank spaces. These varied textual articulations confuse, confide, converge, and contradict, combining to create a compelling composite character who—it turns out—is not so easily controlled.