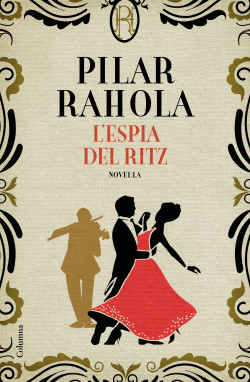 The Spy At The Ritz

In the wild Barcelona of 1942, an orchestra plays at the Ritz to the rhythm of the dreams of a defeated city.

In the Barcelona of the 40s, with Europa bleeding under the heels of Nazism and Spain trapped in the dark clutches of Franco, there is one redoubt of glamor left that shines with a light of its own: the Ritz hotel. One day, the Jewish musician Bernard Hilda arrives after crossing the Pyrenees on foot to escape from Nazi-occupied France.

Hilda was the man put in charge of bringing rhythm and music to the sparkling nights of Barcelona in the postwar era, when the kings of the new Francoist regime and businessmen enriched by power celebrated their opulence in parties at the Ritz and the Rosaleda, places of luxury and joy that contrasted with the hunger, violence, and hatred suffered by the losers of the Civil War, the executions at Campo de la Bota, the women struggling to survive at all cost.

But Hilda was more than just a musician playing swing for the richest of the rich: when he receives the news that his wife’s entire family has been deported to an extermination camp, he decides to work for France Libre as a spy along with the other musicians in his orchestra. His job at the Ritz, brightening the nights of the crème de la crème in the postwar city to the delight of the upper echelon of the Franco regime, brings him information fundamental for the resistance.

Highlights The Spy At The Ritz

A nest of spies and crossed destinies, Barcelona in the 40s was a sordid, terrifying city where death and fear reined. But it was also a place people drank champagne and where passionate love was possible.