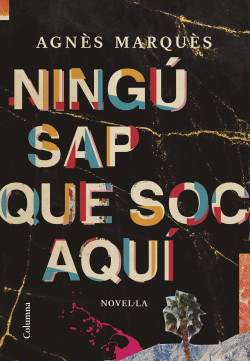 All the things no one will ever know about us, revealed in Agnès Marquès’s novelistic debut.

Clara and Àlex are going through a critical moment in their relationship and put themselves to the test as a new couple at a music festival with old friends of his. During one of the concerts Clara gets lost and has a series of experiences that force her to confront her desires. Meanwhile, Àlex and his friends are searching for her among the thousands of attendees, which takes them back to their last music festival eight years ago, before they had any family or professional obligations, back to the memories they hadn’t been able to face until now.

This intense story features imperfect relationships, music, sex, drugs and a secret. Its everyday yet profound nature leaves us shaken.  make up an intense story, apparently everyday but at the same time profound, that shakes us. "I'm naked and my body is drenched in sweat. I try to move my legs, but I can’t. I can feel the sheets stuck to my skin. I try to open my eyes, but I can’t. They’re heavy and stinging. I can sense an orange gleam. It must be almost noon already. My head is buzzing, mixed with some sort of mechanical sound that must be coming from outside. Is it music? Electronic music? And there’s laughter. And someone else’s breathing. I open my eyes."

Agnès Marquès (Barcelona, 1979) is a journalist and professor at the Blanquerna Journalism School of the Universitat Ramon Llull. Her various awards and recognitions include the Television prize from the Council of Social Welfare. This is her first novel.